Kaleb Fowler is a Senior at Julesburg High School. Kaleb has attended school in Julesburg since first grade. Kaleb has lived in Julesburg for the majority of his life and he has enjoyed growing up in a small town very much. He will be attending the University of Nebraska at Kearney and will be studying Criminal Justice with a minor in Psychology. He plans on becoming a police officer after his college education is complete. Kaleb told me that he has always thought that becoming a police officer would be very interesting. Kaleb has always had an interest in helping people and he believes that becoming a police officer would be an excellent way to do this on a daily basis. Kaleb is both nervous and excited for college, luckily he will be attending college and rooming with his best friend Jared Ehmke.

Kaleb has been involved in sports all throughout high school. He has been a part of four state football championships. He has played basketball and baseball and has also ran track. He said he is very grateful for all of the lessons his coaches taught him and he is appreciative for all of the lessons he had learned in sports. He has enjoyed his time in high school very much. He says that his favorite memories were far-away trips for sports where the team stayed in a hotel. He enjoyed playing playstation and eating pizza with his friends.  Kaleb has been involved in National Honor Society, FBLA and Student Council in high school. He said that all of these extra curricular activities have taught him a lot of key skills that he could use in college and in his adult life. I asked Kaleb if he had any quotes that he lives by and he told me that he really likes “ Find the good in every situation.” He says that this quote helps him keep a positive outlook on life even when it gets hard. 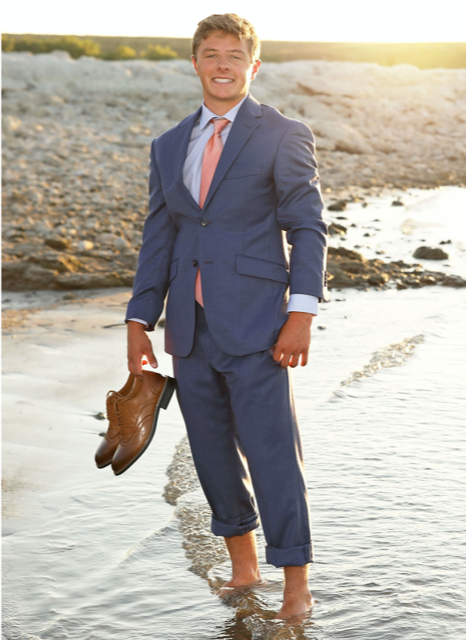