Terrance Heath is a senior from Julesburg High School. Terrance has attended Julesburg Elementary, Middle school and High School. Terrance plans to attend Nebraska Wesleyan studying Athletic Training and getting a minor in Coaching. He will also be playing for the Prairie Wolves Football team. Terrance has been a part of sports since he has been walking, and when I asked him, “What was your favorite sport as a kid?” he replied with, “I used to like basketball. Basketball was my favorite sport because I was so tall. I could get the majority of the rebounds and my friends were good shooters so we made a great team.” Terrance has played basketball ever since he was little and he is now in his last year of high school playing basketball with his friends that he has grown up with.

I asked Terrance who his role model was throughout high school and he answered with, “I’ve always looked up to Ray Lewis but since my Freshman year I’ve been idolizing Conner McGregor. I idolize Conner because of his “swag” and the way he believes in himself even when the odds are against him.” Terrance seems like someone who would find Mr. Mcgregor is a role model as he is very quiet but struts his stuff in a good way when he or his team has success.

The next question we asked Terrance was “what is your best memory of high school?” Terrance had to take a minute to think of all of the memories. Terrance asked if it had to only be one because there were multiple. He decided to tell us that his best memory was the time the football team played in Holly for a playoff game his freshman year. He then went on to elaborate on how the team and coaches were trying to get him to try on his speedo and sit in a hot tub with the Southern Alabama softball team. Terrance said, “I worked up the courage and did it, I thought I would get some money out of it but turns out I just made EVERYONE in the pool area laugh.” The personality Terrance has is great for the friends and people he is around. He is the one who you will never see talk and he is funny, but Terrance is also very humble and driven. When he is asked to do something he doesn’t ask questions he just does it with full effort.

Over the last couple years I have gotten to know Terrance a lot and he is a great person. The last question I asked him was, “Are you ready for college?” Terrance looked at me and said, “ Who wouldn’t be ready for college? I am ready but there are some things that I am worried about such as being away from home but I know I will have my second family up there with my teammates.” 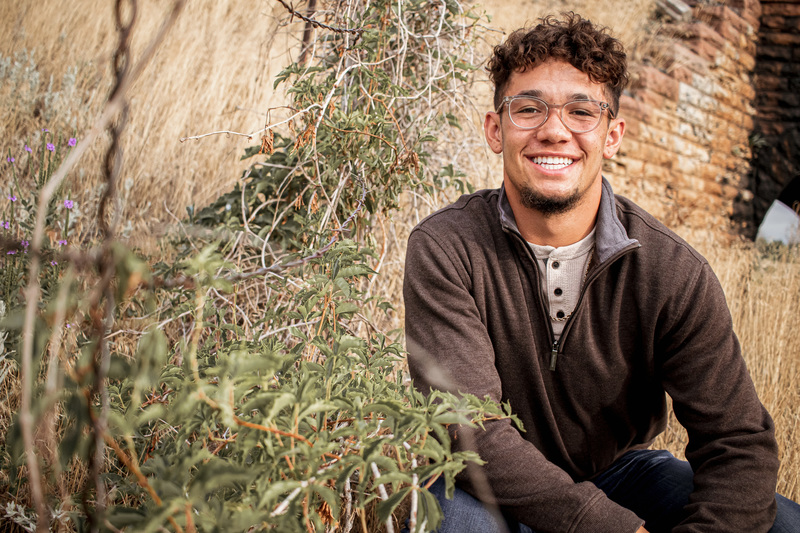