Julesburg High School senior, Korbyne Wilber, was born in Julesburg. He said, “this is where my family has grown up and where the next generation has started.” Korbyne’s nickname is “Korbino the Rhino” and he got this from his little league coach who gave everyone a nickname and decided that Korbyne’s would be Korbino the Rhino.

Korbyne plans to go to Colorado State University and major in Agricultural Education, with a minor in Animal Science. His best moment of high school was making NHS as a Freshman, which is quite the accomplishment because you have to do some community service or extracurricular activities to join the NHS. He enjoyed connecting with his friends and family and also how high school paved his future and set him on his path to success. He is currently in FFA and NHS and he said “I really enjoy FFA and NHS because I feel that they kinda helped me in what I want to do and helped pave my future.”

If he could have any superpower he would choose invisibility. Now if you asked him this as a child he would say it's because he could then rob banks, but as of now he wants invisibility because it would allow him to escape awkward situations. We asked him to give us a quote and he chose a quote from Shintaro Midorima from Kuroko no Basuke and this quote says, “Don’t give up, there’s no shame in falling down. True shame is to never stand up again.” he said he chose this quote because he thinks it is very true and agrees with it. 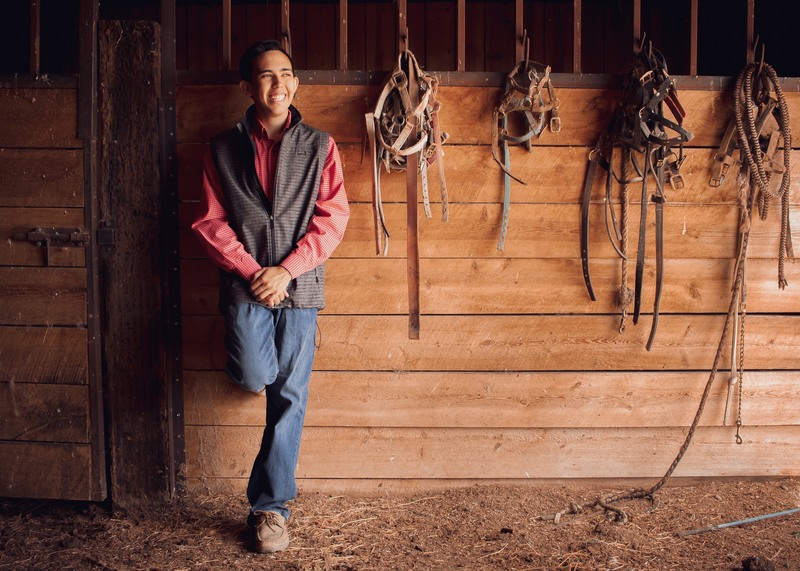