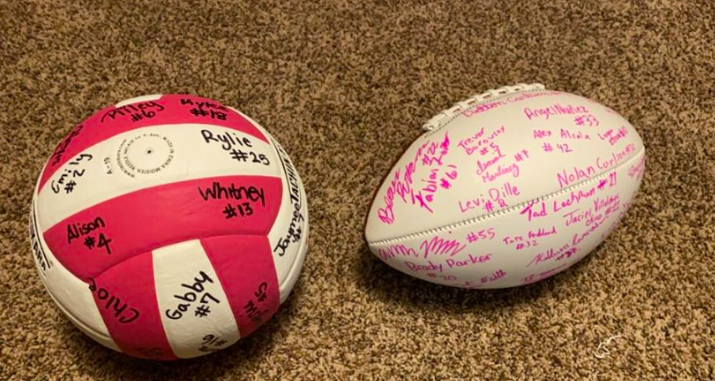 On October 11, 2019, the Sedgwick County Cougars Football team wore pink in support of cancer. The Cougars football players all wore pink tape around their wrists to display their awareness for this event. During the football game, the girls tie-dyed pink shirts for anyone who wanted to show support for cancer awareness. All week, the Booster Club held a raffle for a football and volleyball which were signed by each team.  All of the money raised was donated to the Sedgwick County Cancer Support Group. This group helps local cancer patients with any additional costs associated with their cancer.  The football was purchased by Rod and Pam Green, and the volleyball was purchased by the JHS staff which was then given to their very own, Mrs. Diane Hurst on behalf of the battle she is fighting with Bladder Cancer. The total amount raised at the end of the event was $1200.00 which went to the Sedgwick County Cancer Support Group. The games played that week were played and dedicated to those who may be fighting cancer, not only in our community, but for anyone dealing with this terrible disease. 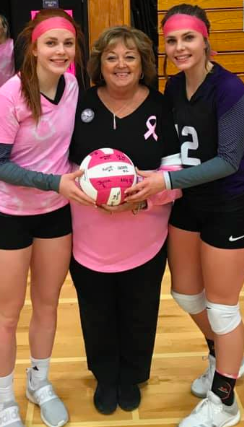