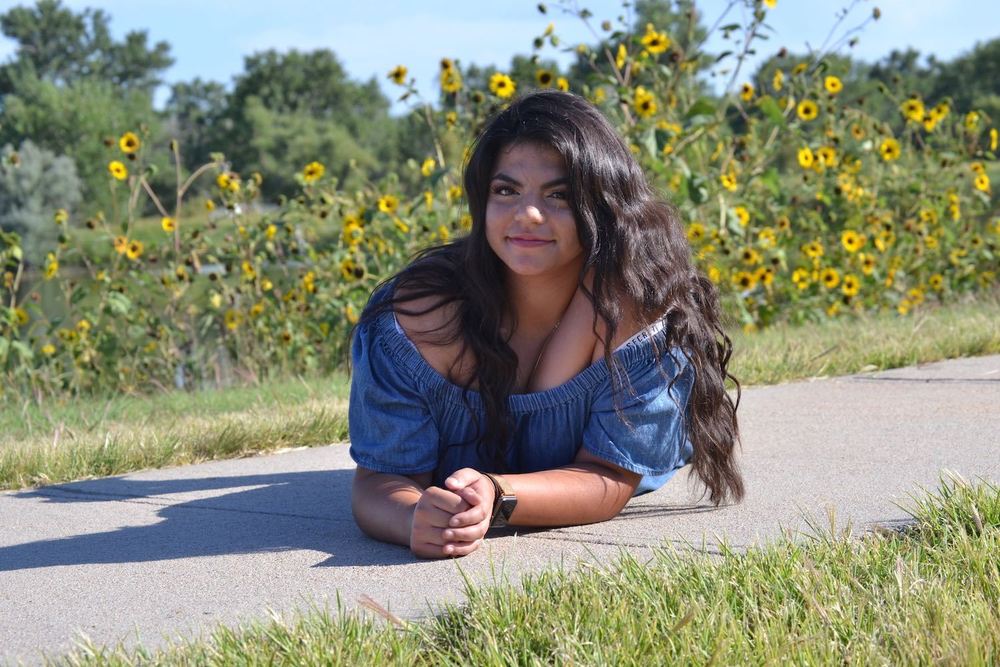 Marion Anaya is a senior at Julesburg High School. She will be attending Colorado State University in Fort Collins next year. She chose that college because she fell in love with the campus and it felt like home. “It felt right being there”, Marion said. She will be majoring in early childhood education with a possible double major in psychology. Her biggest highlight of her high school career Is being a senior and picking the college that she's going to. She got accepted into every college she applied to, so it was a very tough choice, an exciting choice.

She struggled with a lot of things alone, she pushed herself to be better than the people around her. Marion said “I would have to say my life problems were my biggest influence”  Marion participated in many out of school activities like a group called Rise Above Colorado Teen Action Council which is a youth drug prevention group, she also participated in the Hugo O’Brian Youth Leadership (HOBY) Program. Kids from all over Colorado came as one and had fun, in addition she was a part of the youth group and we went to many church conventions. One thing Marion will miss about high school is having her four close friends and the support of the community. She is going to miss having everyone by her side and having people to turn to constantly.

“Take as many college classes as you can. They are free and there is probably someone taking the same class so you can help each other out. Not everyone is your friend and not everyone is going to want to watch you succeed but no matter what, keep pushing yourself. You will make mistakes but you have trustworthy adults that you can go to to get help. Don't ever feel sorry for feeling the way you do because in the end you have you and nobody else. In 10 years she sees herself having a little family, having many accomplishments, and seeing herself thriving and happy!”, Marion said in response to what advice she would give the underclassmen.