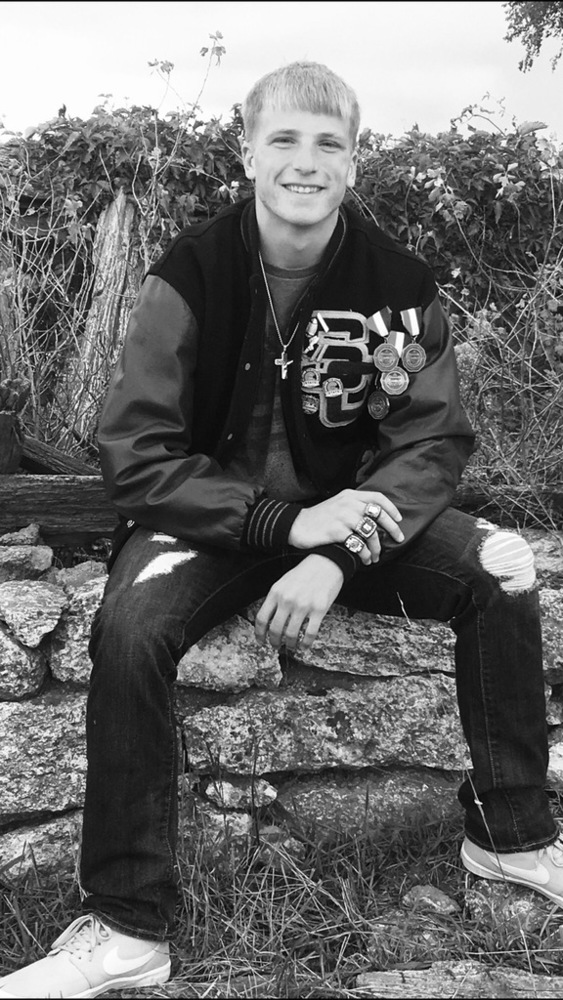 Trevor Barowsky is a Julesburg High School Senior who is the son of Kristine and Todd Barowsky. Trevor is planning on getting his certification to become an electrician as well as coming back to the rural area to run the family business which is the Julesburg Drag Strip. When asked why the Julesburg Drag Strip he stated, “It has always been a dream of mine and I enjoy everything about it”.

He is a participant for the Sedgwick County Cougars in both football and track where he is also a four time state champion in football and a state finalist in sprints in track. His favorite memory between these two sports was during the 2019 state championship game when he saved the season total points scored by all opposing teams by making the tackle to not let that score go above 50 which is a remarkable achievement.

Throughout High School Trevor has had a lot of people influence him in everything he has done but when asked who has influenced him the most throughout high school he said his dad. He said his dad has always pushed him to become the best man he can be and telling him what and how he can do things better. And not only is his dad the biggest influence on his high school career but he is also his role model as well. Trevor said he admires his dad the most because of his hard work and determination.

Trevor has some big plans for his future and has had a couple of those planned for a while now. The first one begins with him back in his hometown running the drag strip and helping his family as they have given him everything and he wants to do the same for them now. On the relaxing part of life for Trevor he wants to go to the Bahamas for the amazing views and to go deep sea fishing and why not the Bahamas as it is one of the best places to do that.