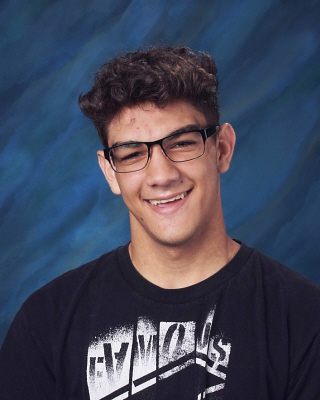 Brien Kester is a senior at Julesburg High School, his parents are Jacqueline Torres and Mike Kester. After high school Brien plans on attending Northeastern Junior College in hopes of becoming a diesel mechanic. Brien has been to four different schools, he said each of his schools have been different in their own way. But he’s really enjoyed his last three years of high school at Julesburg. Brien thought school went really smooth and easy for the most part. Throughout highschool Brien has learned to take risks and to have integrity, so it’ll pay off in the future. His favorite part of high school was getting to play on such an amazing football team. Brien said, “I played football with the best team in the land. This team has the best teammates you could ever ask for.” Like most seniors who were affected by the Coronavirus, Brien wishes he could’ve spent his last couple of weeks in school all though he’s not really upset that he won’t have a prom. Brien said, “I’m just ready to graduate high school and receive my diploma!”