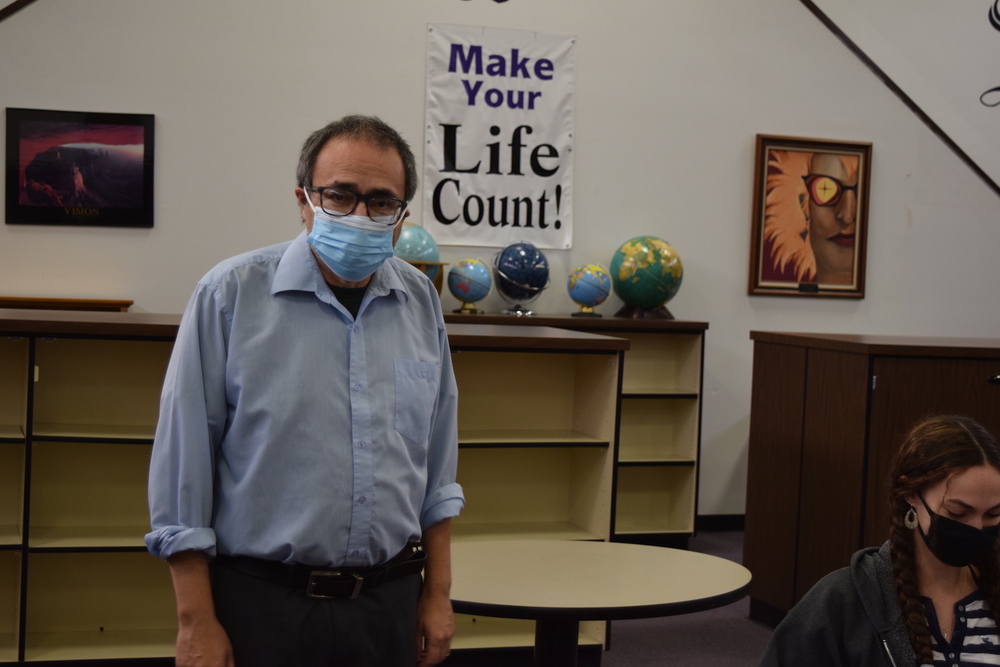 Julesburg High School welcomes a new English teacher to the staff, Mr. Peyman Javadi. Previous to coming to Julesburg Mr. Javadi was teaching in Fort Morgan, Colorado. The classes Mr. Javadi will be teaching at JHS are English, College English, and Public Speaking. Mr. Javadi speaks English, Farsi, and Turkish. He learned Turkish while living in Bijon, Iran in Turkish territory. When he first came to America he did not speak English. After arriving in the United States, he really wanted to be able to communicate with the people so he quickly learned English.  Mr. Javadi said the pressure to learn made him swim instead of sink. After the first year of school in America, he could fluently understand and speak English.

Mr. Javadi observed that the longer he’s been teaching, the more technology-oriented education has become. He says that the way of learning was becoming less traditional and he made the decision to retire. However, with a longing to be with students, he eventually changed his mind to accept and adapt to the growing technology.  Mr. Javadi knew that in order to come out of retirement, he would have to teach in a rural setting in Julesburg, Colorado. Mr. Javadi shares that the people of Julesburg are very friendly and helpful. Mr. Javadi taught in a Fort Morgan school for fifteen years. He says that he is very grateful to have worked there and finds that the people of Julesburg are similar to the people of Fort Morgan. The most notable difference between Fort Morgan and Julesburg is the size of the town and school. Mr. Javadi stated that he enjoys the smaller setting that Julesburg provides.

In his free time, Mr. Javadi says that he likes to watch travel videos on YouTube, old movies, Fiddler on the Roof, and a lot of western movies. He also enjoys spending time with family and friends.

We are very grateful to have Mr. Javadi at Julesburg High School as our English teacher. 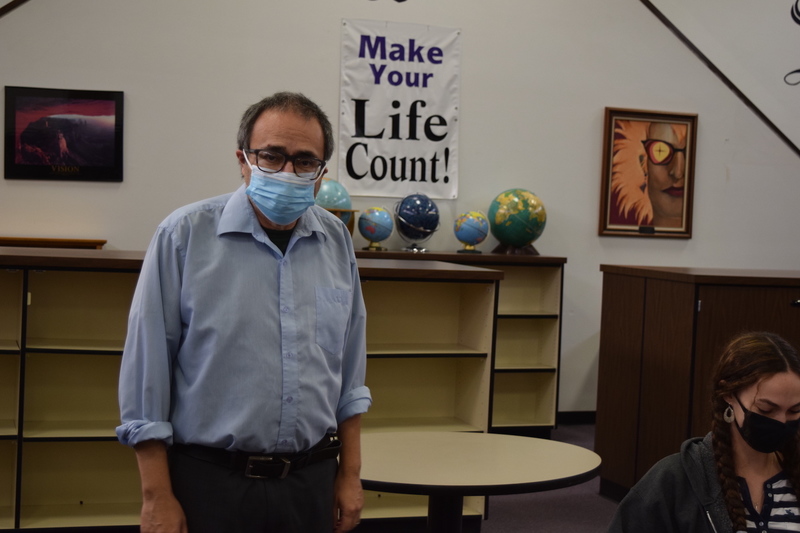